What are the early signs of dementia? [+FREE CHECKLIST]

Dementia is a collection of symptoms that appear when there is some damage to the brain caused by diseases, such as Alzheimer's disease. What happens is that the nerve cells in the brain become so damaged that the messages can no longer be sent to the brain properly.

Over 400,000 Australians currently have dementia and there are more than 200 types of dementia. The most common are vascular dementia, Alzheimer’s disease, dementia with Lewy bodies, frontotemporal dementia and mixed dementia.

Dementia usually affects people over 65, although a small number of younger people get diagnosed with it too. While everyone will experience symptoms differently, there are some common symptoms which are usually mild to begin with and gradually worsen over time.

Here are some more dementia statistics that show just how prevalent dementia is in Australia:

What are the early symptoms of dementia?

There are many early warning dementia signs and symptoms, but the most common symptoms include:

One of the most common early signs of dementia is becoming more forgetful, such as forgetting new information. This is because dementia affects short-term memory. The hippocampus supports our memories and memory loss can happen because the hippocampus has become damaged.

Often memory loss will be noticed by friends and family before the person who is experiencing it, as it can happen very gradually.

You might spot that you or your loved one is now forgetting where something that you would usually be able to find, such as your keys have been placed. But it’s important to note that even if you have noticed you or your loved one having some memory problems, it doesn’t necessarily mean that it is dementia, as a diagnosis is only made when someone has at least two other symptoms that are severely affecting day to day life.

Forgetting things can also be part of life and can sometimes be caused by stress, sleep problems or anxiety or depression, so it’s helpful to rule out if there is something else causing memory problems.

It’s common for people with dementia to feel concerned by their memory loss and it can lead people to avoid social situations or reduce some of the activities they used to do in their daily life.

Another early sign of dementia is that familiar tasks can become difficult to concentrate on and complete. This could be struggling to play a favourite game with lots of instructions or following a recipe. These, sometimes daily tasks, that used to be easy to do can become confusing and take much longer to finish than before.

Sometimes a person with dementia will now struggle to follow conversations, as they can struggle to find the right words or remember the meaning of words. This can also be the case for watching TV and following storylines and conversations on TV.

Struggling with a sense of direction

Spatial awareness and a sense of direction often gets worse with dementia and can be a symptom spotted early on. This might be that you or your loved one is now struggling to easily get to places previously visited regularly or being no longer able to follow directions.

Dementia can make people feel very confused, as they lose a sense of time and can forget where they are or how they arrived. They can also start to forget who people are and not recognise peoples’ faces. The confusion that arises can lead to difficulty in making decisions, such as choosing what to buy in a shop.

A change in mood can also be a common early symptom of dementia. It can be difficult to spot a difference in yourself, but a family member may notice a mood change such as depression. Feelings of anxiety and confusion are also common. You or your loved one might notice a new lack of interest in previous hobbies and activities that were fun before. This can also mean going out and spending time with other people can become challenging.

As well as mood changes, sometimes a person with dementia can appear different too, such as they might have previously been very quiet and are now loud and outgoing, as dementia affects our judgement. 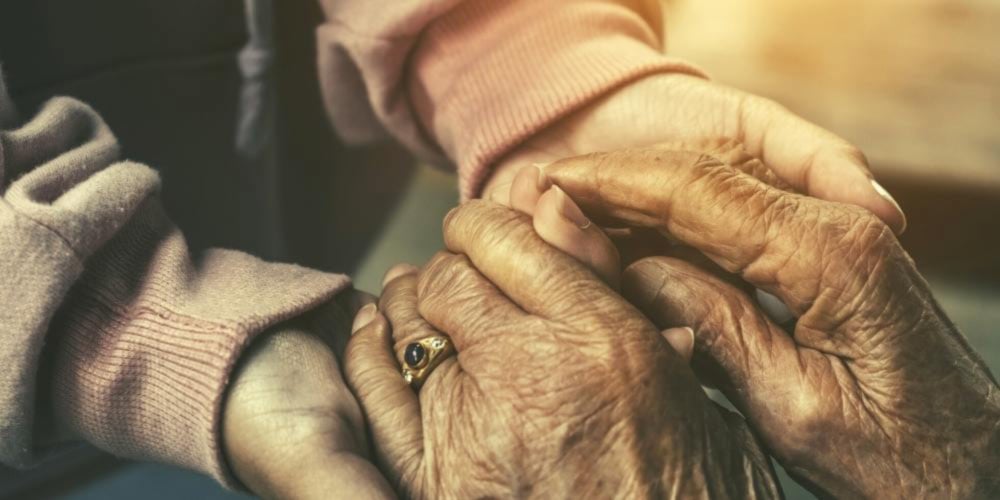 While forgetfulness can be a normal part of ageing, if you or someone you know spots some of these symptoms and they aren’t getting better, talk to your GP.

You can also carry out a Standardised Mini-Mental State Examination (SMMSE) with your loved one. Simply download the PDF tool and the guidance information here.

This is best done under the guidance of a Geriatrician.

You can find out more by visiting your GP who will ask about your medical history and run a short test about how your concentration and memory is working. If they suspect you have dementia, they could refer you to a specialist who is likely to carry out more in-depth assessments, blood tests and brain scans.